Your cart is empty

Following on a conversation from yesterday in one of my private groups around potential, the terms perfection and excellence were raised. All in all, I feel that more than a quest for excellence or perfection, potential is an evolutionary exploration. Wha

Following on a conversation from yesterday in one of my private groups around potential, the terms perfection and excellence were raised. All in all, I feel that more than a quest for excellence or perfection, potential is an evolutionary exploration. What is our ultimate potential?!

This whole conversation is so very interesting to me. I say that because the further I go down the rabbit whole of "potential", the more I see that being human might soon be a choice and/or that our ultimate potential is not human.

We have a bias to humanism, as this is the form from which we became conscious of being conscious, but what if this was just an evolutionary step?

So many great books I'd like to recommend if you are interested... Here are just a few by world renowned authors:

Ramez Naam - Nexus Trilogy - https://en.wikipedia.org/wiki/Ramez_Naam [this is a fictional series, but written from a scientific perspective]

Another interesting read is Max Tegmark's "Life 3.0". Max is a physicist, cosmologist and machine learning researcher and very well versed and connected in the AI conversation. His book Life 3.0 centres around the conversation of life and what exactly is life.

He goes on to say that "since we don’t want to limit our thinking about the future of life to the species we’ve encountered so far, let’s instead define life very broadly, simply as a process that can retain its complexity and replicate.

What’s replicated isn’t matter (made of atoms) but information (made of bits) specifying how the atoms are arranged. When a bacterium makes a copy of its DNA, no new atoms are created, but a new set of atoms are arranged in the same pattern as the original, thereby copying the information. In other words, we can think of life as a self-replicating information-processing system whose information (software) determines both its behavior and the blueprints for its Hardware."

He then breaks life as we know it (or will soon know it) into 3 key areas:

Life 2.0.... Life who's hardware is fixed, but who's software can adapt (or be designed) within a single lifetime. Humans are an example of Life 2.0. Our bodies are relatively fixed (of course we've learned to change augment them slightly, but for the most part they are fixed), but we can recondition our behaviours ie: if we learn we have a peanut allergy, we can avoid peanuts (amongst so many other examples)

Life 3.0... Life who's hardware and software can both be designed and iterated upon within a lifetime. We are at the dawn of this era. The technological age.

One thing is for sure… the future is wild! I’m keen to hear your thoughts, comments, insights, any other resources, etc…

Our attention is the source of our power. Do you control it or does your mind? 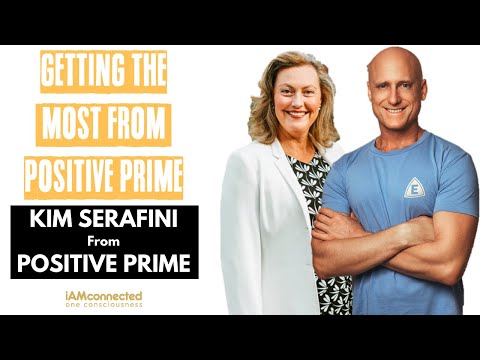 Getting the most from Positive Prime

What could be more important than this right?!

Taking Off the Handbrakes of Performance and Potential

A Really Awesome Consciousness Hack for You

Developed by that Web Dude